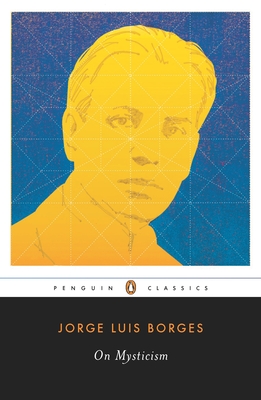 Jorge Luis Borges immersed himself and his readers in metaphysical fantasies—playing reason against faith, belief against logic. His profound knowledge of eastern religions was an endless source of inspiration for his writing. On Mysticism—edited by Borges’s widow, Maria Kodama—brings together a stunning group of prose pieces and poems that speak to this signature theme of his writing, from some of his most celebrated works to others that appear here in English for the first time. Together they yield valuable insights into the most ineffable dimension of his writing, illuminating the inimitable rewards of this literary visionary, a wisdom writer whose belief in the magic of words has made him beloved around the world.

Jorge Luis Borges was born in Buenos Aires in 1989 and was educated in Europe. One of the most widely acclaimed writers of our time, he published many collections of poems, essays, and short stories before his death in Geneva in June 1986. In 1961 Borges shared the International Publisher’s prize with Samuel Beckett. The Ingram Merrill Foundation granted him its Annual Literary Award in 1966 for his “outstanding contribution to literature.” In 1971 Columbia University awarded him the first of many degrees of Doctor of Letters, honoris causa (eventually the list included both Oxford and Cambridge), that he was to receive from the English-speaking world. In 1971 he also received the fifth biennial Jerusalem Prize and in 1973 was given one of Mexico’s most prestigious cultural awards, the Alfonso Reyes Prize. In 1980 he shared with Gerardo Diego the Cervantes Prize, the Spanish world’s highest literary accolade. Borges was Director of the Argentine National Library from 1955 until 1973.

Maria Kodama (editor, introducer) is an Argentine writer, translator, and literature professor and the widow of Jorge Luis Borges. The president of Fundación Internacional Jorge Luis Borges, she lives in Buenos Aires.