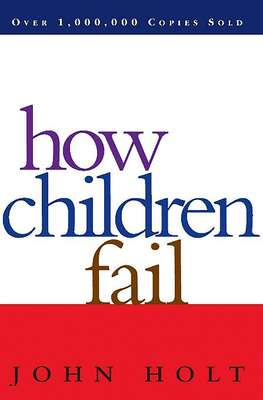 
Usually Ships in 1-5 Days
First published in the mid 1960s, How Children Fail began an education reform movement that continues today. In his 1982 edition, John Holt added new insights into how children investigate the world, into the perennial problems of classroom learning, grading, testing, and into the role of the trust and authority in every learning situation. His understanding of children, the clarity of his thought, and his deep affection for children have made both How Children Fail and its companion volume, How Children Learn, enduring classics.
John Holt (1927-1985), one of this country's leading educational and social critics, was the author of ten influential books which have been translated into fourteen languages. Known both as a passionate reformer and as ”the gentle voice of reason” (Life magazine), John Holt offers insights into the nature of learning that are more relevant today than ever before.