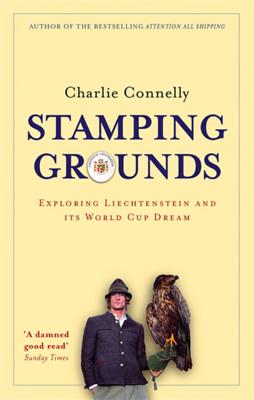 STAMPING GROUNDS follows the Liechtenstein national football team through their defeat-strewn qualifying campaign for the 2002 World Cup. Drawn in a group with Israel, Bosnia-Herzegovina, Austria and mighty Spain, it was hard to see the principality's part-time players scoring even one goal, never mind adding to its meagre international points total. So what motivates a nation of 30,000 people and eleven villages to keep plugging away despite the inevitability of defeat? Travelling to all of Liechenstein's qualifying matches, Charlie Connelly examines what motivates a team to take the field dressed proudly in the shirts of Liechtenstein despite the knowledge that they are, with notably few exceptions, in for a damn good hiding.

Charlie Connelly is a freelance writer specialising in travel and sport. He will be presenting BBC1's THE HOLIDAY PROGRAMME this autumn, and has been featured on Radio 4's EXCESS BAGGAGE, as well as writing for the award-winning Scottish Sunday Herald Magazine
A damned good read ... charming, off the wall and well worth a tenner—SUNDAY TIMES

Connelly has a relaxed style and an intelligent eye for people and places ... his hilarious account of following the Liechtenstein national team should be swallowed whole in one sitting—THE TIMES

A must for anyone who loves the underdog.—IRISH EXAMINER