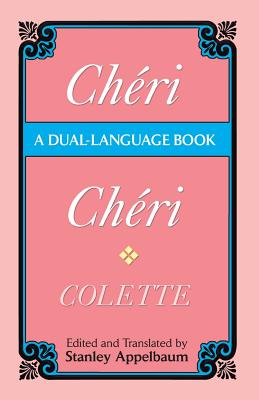 Sidonie-Gabrielle Colette (1873-1954), one of the most popular and best loved of modern French writers, became known simply as Colette when she married in 1893. Her husband, a Parisian man-about-town and the son of a major publisher, made use of her literary talents by publishing her first several novels under his own name -- his only changes, evidently, being to make them more prurient. But eventually she broke free of this unhappy marriage and took flight on her own, as a fiction writer, a journalist, and an actress. By the time Ch ri was published in 1920, Colette had become well known both as a writer and as a personality and was entering a period of rich personal growth and happiness.
Published when the author, like her heroine, was in her late 40s, Ch ri is a delicate analysis of a May-December romance. The story of a love affair between L a, a still-beautiful 49-year-old ex-courtesan, and Ch ri, a handsome but selfish young man 30 years her junior, it offers a superb study of age and sexuality, written in a personal style that reveals the author's keen powers of observation. While the theme of a young man who deserts his older mistress is a familiar one, in this novel, Colette makes it her own. As Stanley Appelbaum notes, Colette's distinctive style, made up of swift, sure, almost impressionistic touches, and the skillful use of leitmotifs, enables her to create her own atmosphere and her own emotional universe.
Widely considered the author's best work, the novel appears here in the original French with an excellent new English translation by Stanley Appelbaum on the facing pages. The translator also has provided an informative introduction to Colette and her work, and to this novel in particular.

Stanley Appelbaum served for decades as Dover's Editor in Chief until his retirement in 1996. He continues to work as a selector, compiler, editor, and translator of literature in a remarkable range of languages that includes Spanish, Italian, French, German, and Russian.