Out of the Shadows: The Henson Festivals and Their Impact on Contemporary Puppet Theater (Hardcover) 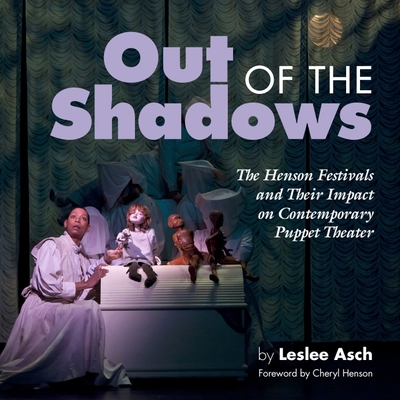 Out of the Shadows: The Henson Festivals and Their Impact on Contemporary Puppet Theater (Hardcover)

What is the first name that comes to mind when you hear the word puppet? Likely, it's Jim Henson. Many books and thousands of pages have been written about Jim Henson's life and work. This will, however, be the first book to focus solely on his love of the field of puppetry, an important and as yet unexplored aspect of Jim Henson's lasting legacy. The Jim Henson Foundation's International Puppet Festivals brought puppet theater into mainstream American theater.

Jim Henson knew that in order to introduce U.S. audiences to puppet theater our American companies would need to be seen with the best in the world. Thus, a festival To realize Jim Henson's vision for a puppetry festival in New York, the author served as producing director, working with Jim's daughter Cheryl, who served as executive producer, to produce five award-winning festivals that would equal the European festivals and put U.S. puppet artists on the international stage.

Out of the Shadows examines the festivals and their continued legacy, including a look at the contemporary puppet theater landscape. This year, 2020, is the 20th Anniversary of the last Henson Festival and the 30th Anniversary of Jim Henson's death. It is time to reflect back.