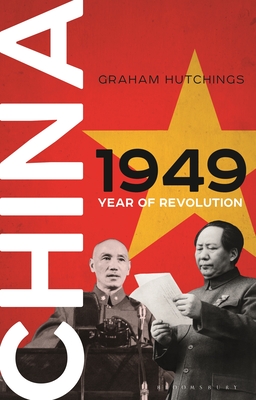 The events of 1949 in China reverberated across the world and throughout the rest of the century. That tumultuous year saw the dramatic collapse of Chiang Kai-shek's 'pro-Western' Nationalist government, overthrown by Mao Zedong and his communist armies, and the foundation of the People's Republic of China.

China 1949 follows the huge military forces that tramped across the country, the exile of once-powerful leaders and the alarm of the foreign powers watching on. The well-known figures of the Revolution are all here. But so are lesser known military and political leaders along with a host of 'ordinary' Chinese citizens and foreigners caught in the maelstrom. They include the often neglected but crucial role played by the 'Guangxi faction' within Chiang's own regime, the fate of a country woman who fled her village carrying her baby to avoid the fighting, a prominent Shanghai business man and a schoolboy from Nanyang, ordered by his teachers to trek south with his classmates in search of safety. Shadowing both the leaders and the people of China in 1949, Hutchings reveals the lived experiences, aftermath and consequences of this pivotal year -- one in which careers were made and ruined, and popular hopes for a 'new China' contrasted with fears that it would change the country forever. The legacy of 1949 still resonates today as the founding myth, source of national identity and root of the political behaviour of modern China. Graham Hutchings has written a vivid, gripping account of the year in which China abruptly changed course, and pulled the rest of world history along with it.
Graham Hutchings is an Associate at the University of Oxford's China Centre and an Honorary Professor at University of Nottingham, UK. He was Managing Editor and then Managing Director at Oxford Analytica, the global analysis firm, and between 1987 and 1998 was China Correspondent of London's Daily Telegraph, based first in Beijing and then Hong Kong. He is the author of Modern China: A Companion to a Rising Power (2000).