The Manhattan Project: A Theory of a City (Hardcover) 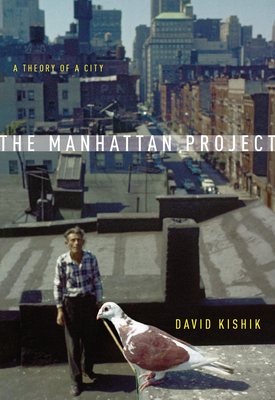 The Manhattan Project: A Theory of a City (Hardcover)

This sharp, witty study of a book never written, a sequel to Walter Benjamin's Arcades Project, is dedicated to New York City, capital of the twentieth century. A sui generis work of experimental scholarship or fictional philosophy, it analyzes an imaginary manuscript composed by a ghost.

Part sprawling literary montage, part fragmentary theory of modernity, part implosive manifesto on the urban revolution, The Manhattan Project offers readers New York as a landscape built of sheer life. It initiates them into a world of secret affinities between photography and graffiti, pragmatism and minimalism, Andy Warhol and Robert Moses, Hannah Arendt and Jane Jacobs, the fl neur and the homeless person, the collector and the hoarder, the glass-covered arcade and the bare, concrete street. These and many other threads can all be spooled back into one realization: for far too long, we have busied ourselves with thinking about ways to change the city; it is about time we let the city change the way we think.

David Kishik is Assistant Professor at Emerson College and the author of To Imagine a Form of Life, a series of paraphilosophical books.