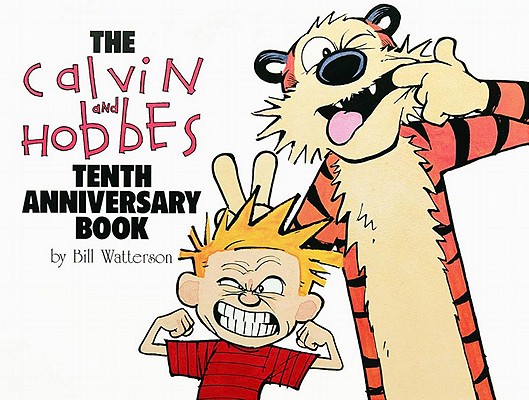 This is book number 14 in the Calvin and Hobbes series.

Celebrating ten years of their crazy antics, author of the Calvin and Hobbes comic, Bill Watterson, invites readers to look back at the first ten years—featuring Watterson’s insights and classic comics.

"Watterson re-created the thoughts and feelings of a six-year-old with uncanny accuracy ... Calvin and Hobbes was, simply, the best comic strip." —Charles Solomon, Los Angeles Times

Many moons ago, the magic of Calvin and Hobbes first appeared on the funny pages and the world was introduced to a wondrous pair of friends—a boy and his tiger, who brought new life to the comics page. To celebrate the tenth anniversary of this distinguished partnership, Bill Watterson prepared this special book, sharing his thoughts on cartooning and creating Calvin and Hobbes, illustrated throughout with favorite black-and-white and color cartoons.
Bill Watterson is the creator of Calvin and Hobbes, one of the most popular and well-regarded cartoon strips of the twentieth century. Calvin and Hobbes appeared in newspapers from November 1985 until Watterson's retirement in 1995.