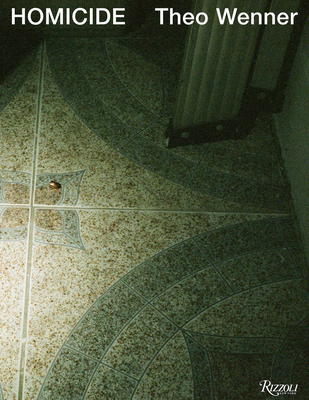 
Usually Ships in 1-5 Days
A behind-the-scenes look at the detectives working for the NYPD’s most prestigious homicide division.

This intimate photographic study examines the detectives working for the NYPD’s most prestigious homicide division in Brooklyn, a profession that has been woven into American mythology. Wenner was the first photographer in the history of the NYPD to be granted unprecedented access to the division. In the long-lived tradition of photographers like Weegee and filmmakers like Martin Scorcese revealing New York City’s dark side, Wenner spent two years capturing these men up close and behind-the-scenes for the first time, documenting their investigative work and its ugly counterpart—murder—all within America’s most iconic city.
Theo Wenner studied film and photography under the iconic artist Stephen Shore at Bard College. His work has been featured in Document Journal, i-D, Self Service, M, Le Monde, and Rolling Stone, amongst others; his recent advertising work includes campaigns for Calvin Klein, Chanel, Chloe, and Supreme. Michael Daly is a special correspondent with the Daily Beast. He was previously a columnist with the New York Daily News and a staff writer with New York magazine. He was a finalist for the Pulitzer Prize for commentary in 2002 and has received numerous awards. He is the author of Under Ground, The Book of Mychal and Topsy.