The Pure and the Impure (Paperback) 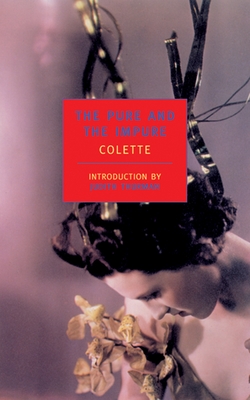 The Pure and the Impure (Paperback)

By Colette, Judith Thurman (Introduction by), Herma Briffault (Translated by)


Unavailable
Colette herself considered The Pure and the Impure her best book, "the nearest I shall ever come to writing an autobiography." This guided tour of the erotic netherworld with which Colette was so intimately acquainted begins in the darkness and languor of a fashionable opium den. It continues as a series of unforgettable encounters with men and, especially, women whose lives have been improbably and yet permanently transfigured by the strange power of desire. Lucid and lyrical, The Pure and the Impure stands out as one of modern literature's subtlest reckonings not only with the varieties of sexual experience, but with the always unlikely nature of love.
Sidonie-Gabrielle Colette [1873-1954], was born in the village of Saint-Sauveur-en-Puisaye, where she led an idyllic childhood. At the age of twenty, she married Henri Gauthier-Villars, known as Willy, a Parisian man of letters under whose name she published the Claudine novels. Separated from Willy in 1905, Colette supported herself as an actress before establishing her own reputation as a writer. She was celebrated in later years as one of the great figures of twentieth-century French life and letters, and was the first woman to be accorded a state funeral by the French Republic.

Judith Thurman is the author of Secrets of the Flesh: A Life of Colette and of Isak Dinesen: The Life of a Storyteller, which won the National Book Award for Biography in 1983. She is a widely published literary critic, cultural journalist, and translator of poetry.