All That and a Bag of Chips (Paperback) 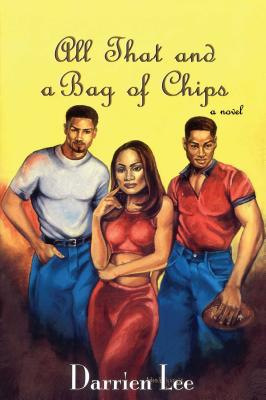 All That and a Bag of Chips (Paperback)


Usually Ships in 1-5 Days
Torn between the two most passionate men that she has ever met, a young woman must decide who she wants more: her football star boyfriend of four years or the sexy architecture major she can’t stop thinking about.

Venice Taylor believes that her relationship with sexy football star Jarvis Anderson is unbreakable. They’ve spent four passionate years together and during that time, they experienced unique events that drew them closer together than most couples their age.

Jarvis and Venice have no choice but to trust that the love they share will withstand any challenge. Heading off to separate colleges would undoubtedly be a test of their undying love and fiery passion. Even though they have agreed to see other people during college, Venice is not counting on falling in love with another man. That is, until drop dead gorgeous Craig Bennett, a junior architecture major, enters her life like a hurricane. From the moment their eyes meet, Venice realizes that she is in trouble. Craig stirs feelings inside her that she has only previously felt with Jarvis. Within weeks, Venice finds herself in a full-blown love affair. At the same time, she is hoping and praying that her secrets will not destroy her new relationship with Craig or cause Jarvis any undeserved pain. Torn between the two most passionate men that she has ever met, Venice has to make a decision. But at what cost?
Darrien Lee, a graduate of Tennessee State University, is a two-time Essence bestselling author. Her books include, All That and a Bag of Chips, Brotherly Love, and What Goes Around Comes Around. She has been featured in several magazines, including Romantic Times magazine and the Nashville Tennessean. She lives in LaVergne, Tennessee, with her husband and two daughters.