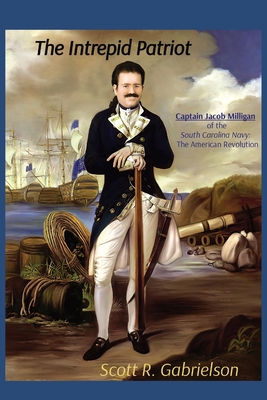 The American Revolution, according to Winston Churchill, was the first American civil war. It was a war based on two competing world views; one where life lived under the monarchy competed with a life of liberty and happiness.

The Intrepid Patriot is the true story of one ordinary American - Captain Jacob Milligan - who chose to follow liberty and virtue, becoming one of the first Captains of the South Carolina Navy. The South Carolina Navy was a forerunner of the Continental Navy and the US Navy, and helped to defeat the British through battles at sea, providing supplies and gunpowder to the Americans through trade with others, and helped to prevent Loyalists from supplying the hundreds of Royal Navy ships fighting in American waters.

Most people don't realize that there were more battles at sea during the Revolution than on land In South Carolina, some 400 battles and skirmishes took place on land.

Milligan was celebrated for his efforts in the Battle of Fort Moultrie, on June 28, 1776. That American victory was cheered in Philadelphia as the Continental Congress debated independence, and the news encouraged the Congress to approve the Declaration of Independence on July 4th

Milligan's efforts in that battle and in many later ones earned him the attention of the generals who would call upon him time and again to make a difference.

While he did not turn the tide of war alone, he is one of those men who together fought to make America a great nation. Jacob Milligan's adventure is our American story.