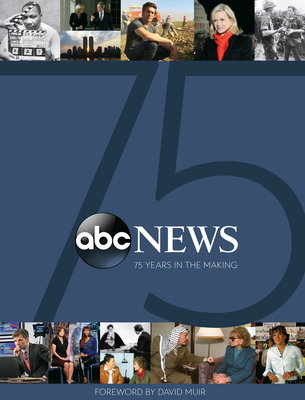 
Usually Ships in 1-5 Days
A deluxe 224-page gift book celebrating the history and achievements of ABC News. Filled with photos of famous faces, newsworthy events, and spotlights on key on-air personalities, this beautiful coffee table book commemorates 75 years of ABC News excellence.
John Baxter is a former attorney and a published author of both fiction and non-fiction for a number of publishers, including HarperCollins, Berkley, Hearst, and Posthill Press. He has been a featured comedy blogger for Huffington Post, and is the author of four books for Disney Editions on a variety of subjects. The first, Disney During World War II – How The Walt Disney Studio Contributed to Victory During The War (2014), came about as a result of his lifelong fascination with the studio. He also authored The Disney Conservation Fund - Carrying Forward A Conservation Legacy (2016), as well as the forthcoming Be Our Guest – The Art of the Customer Experience (2021).