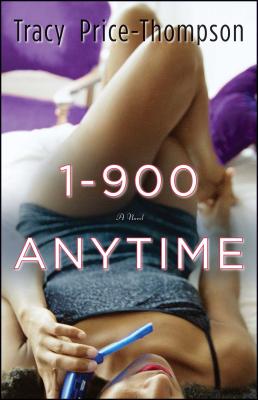 
Usually Ships in 1-5 Days
From the award-winning, nationally bestselling African-American author Tracy Price-Thompson, a sexy, thrilling new novel featuring a working woman whose obsessive clients are determined to get her all to themselves.

Tracy Price-Thompson has been awarded with numerous honors for her steamy, action-packed, and culturally relevant writing. She received a Hurston/Wright Award for her insightful short story, “Other People’s Skin” and for her heart-wrenching novel, A Woman’s Worth. The Romantic Times Book Club named Knockin’ Boots the Best Erotic Romance of 2005. Now Price-Thompson returns with an exciting pageturner sure to keep readers on the edge of their seats. In Untitled, a woman turns to phone sex in order to satisfy some of her most erotic fantasies. Blessed with a silky voice, a kinky wit, and the ability to construct erotic portraits through words, she lulls men into her fantasies and builds a colorful clientele base as a phone sex worker. Her distinctive voice allows her to enthrall her clients with sexual trysts that are limited only by her imagination. But intimate attachments can be formed in many ways, even through a phone line, and to her surprise anonymous sex is not always anonymous. Her sumptuous voice and her phone skills are so captivating that two of her clients become obsessed with meeting her in the flesh. They both relentlessly track her down—one seeking her love, the other seeking her life.
Tracy Price-Thompson is the national bestselling author of the novels, Black Coffee, Chocolate Sangria, A Woman's Worth, Knockin' Boots, Gather Together in My Name, and 1-900-A-N-Y-T-I-M-E. Tracy is a highly decorated Desert Storm veteran who graduated from the Army's Infantry Officer Candidate School after more than ten years as an enlisted soldier. A Brooklyn, New York, native who has traveled extensively and lived in amazing places around the world, Tracy is a retired Army Engineer officer and Ralph Bunche graduate Fellow who holds a bachelor's degree in Business Administration and a master's degree in Social Work. Tracy lives in Hawaii with her wonderfully supportive husband and several of their six bright, beautiful, incredible children.