Chasing the Elephant Into the Bush: The Politics of Complacency (Hardcover) 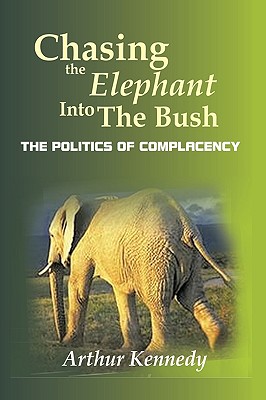 Chasing the Elephant Into the Bush: The Politics of Complacency (Hardcover)


Usually Ships in 1-5 Days
"CHASING THE ELEPHANT INTO THE BUSH" is an insider's account of how the governing New Patriotic Party lost power in the closest elections in Africa's history. The writer believes that providing an accurate account will begin the process of correcting the rumours, lies and myths that are out there about the 2008 elections in Ghana. Throughout, the book is liberally sprinkled with quotes and historical references that makes it very informative and interesting. He begins with the state of the nation and the governing party as Ghana approached 2008. He then takes the reader through the NPP primary and his own experiences as a losing candidate. There is candid discussion of the rivalries in the campaign that undermined its effectiveness. He takes the reader inside meetings and quotes some of the key players at key moments in the campaign. There is candid discussion of the roles of the media, the security forces and civil society. The identification of issues and their use in the campaign is discussed thoroughly. While his sympathies are never in doubt, he is very objective and acknowledges the mistakes made by the campaign, the government and the party. He credits the NDC Campaign for doing certain things well. Amongst these are the deployment of President Mills and former President Rawlings as well as Vice-President John Mahama. He reveals the roles of key people, including the President, the Presidential candidate and powerful groups, like the "Kyebi Mafia". He offers candid assessments of all the key players. He suggests reasons for the NPP defeat and the way to recapture power. This will be a very significant first cut and reference point for an account of the 2008 Presidential and Parliamentary Elections in Ghana.