Fraud at the Hague-Bakassi: Why Nigeria's Bakassi Territory Was Ceded to Cameroon (Paperback) 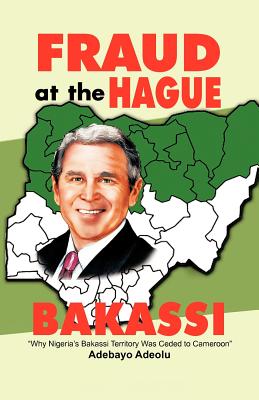 Fraud at the Hague-Bakassi: Why Nigeria's Bakassi Territory Was Ceded to Cameroon (Paperback)


Usually Ships in 1-5 Days
Fraud at the Hague-Bakassi examines how the 9/11 attacks on America affected many countries around the world. The strength of the fundamentalist Islamic groups triggered the war on terror, which unnerved many countries around the globe. To counter this, President George W. Bush began the invasion of the two Arab countries Afghanistern and Iraq without approval on the latter. The invasion had an effect on international politics in the European Union because they felt threatened by the United States declaration of the war on terrorism. The United States is the only superpower that showed any interest in establishing military bases in Africa, specifically in the Bakassi region in Africa. The move was not welcome in Europe because the Bakassi was a strategic region located in Nigeria thatwas a forbidden zone for any superpower to occupy. In response to this encroachment by the United States, the World Court in the Hague, in a controversial decision, ceded the territory to Cameroon-thus ending the Cameroon versus Nigeria dispute over the Bakassi peninsula region. This decision effectively and deliberately kept the United States out of the region, but it also deprived Nigeria of a region that had belonged to it for centuries-from before even the Europeans arrived in Africa.