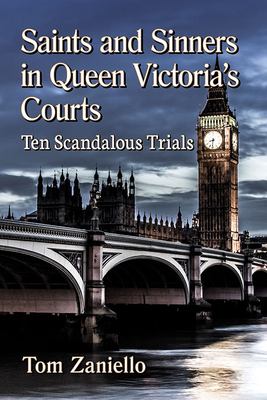 This chronicle of ten controversial mid-Victorian trials features brother versus brother, aristocrats fighting commoners, an imposter to a family's fortune, and an ex-priest suing his ex-wife, a nun. Most of these trials--never before analyzed in depth--assailed a culture that frowned upon public displays of bad taste, revealing fault lines in what is traditionally seen as a moral and regimented society. The author examines religious scandals, embarrassments about shaky family trees, and even arguments about which architecture is most likely to convert people from one faith to another.
Tom Zaniello, a former professor of literature and film studies, has organized film festivals on labor and working-class culture as well as on Hitchcock in Washington, D.C., Liverpool, and London. He has published numerous essays and books on topics in film studies, literature, and popular culture. He lives in Washington, D.C.