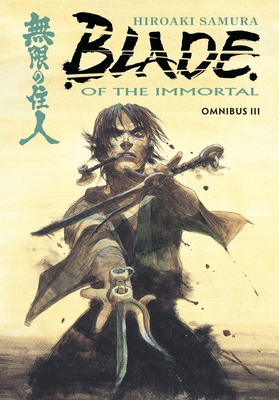 
Usually Ships in 1-5 Days
Over 650 pages of samurai battles, bloodshed, and bitter rivalries! Rin's seemingly immortal protector, Manji, is helping her destroy the eccentric, bloodthirsty Itto-ryu sword school that ambushed and killed her parents. While Manji has his hands full with a trio of devious assassins, Rin decides to make her way across Edo to search for the murderous Itto-ryu leader Anotsu Kagehisa on her own! Will Manji find her before Anotsu does? This volume also features the debut of the mysterious Mugai-ryu warriors, who will become major players in this revenge epic from a modern manga master!
Hiroaki Samura is a Japanese writer/illustrator and creator of Blade of the Immortal, as well as several other short works. He has also done various illustrations for magazines.