The Twelve Birds of Christmas (Hardcover) 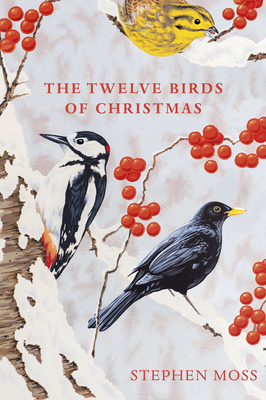 The Twelve Birds of Christmas (Hardcover)

Naturalist Stephen Moss digs beneath the surface of some of our most popular Christmas carols in an ornithological celebration of the Festive Season. Using the structure of the carol as a jumping off, he explores the palce of twelve fascinating British birds in our, history, culture and landscape.

Some of the birds are obvious, there’s the swan and of course the partridge. Other chapters are loose interpretation of a verse: for drummers drumming he delves into the woodpecker's distinctive drumming tap.
Woodpeckers, he explains, have special padded skulls to mitigate against using its head like hammer drills. They carefully select dead trees for the most hollow, sonorous sound, and in Florida a space mission was once delayed because woodpeckers had pecked holes in the outer surface of the space shuttle.

With brilliant anecdotes and insights, Stephen Moss weaves history, culture, bird behaviour and folklore into a compelling narrative for each species, tracing its fortunes over the past two centuries.

Stephen Moss is a naturalist, author and broadcaster. In a distinguished career at the BBC Natural History Unit his credits included Springwatch, Birds Britannia and The Nature of Britain. His books include The Wren, The Robin, Mrs Moreau's Warbler and Wonderland. He is the President of the Somerset Wildlife Trust and a Senior Lecturer in Creative Writing at Bath Spa University.Originally from London, he now lives with his wife and children on the Somerset Levels.