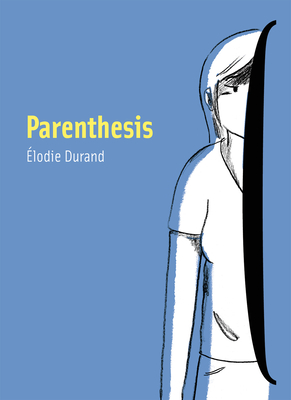 
Usually Ships in 1-5 Days
A triumph of graphic memoir, Parenthesis narrates the author's experience with tumor-related epilepsy--losing herself, and finding herself again.

Judith is barely out of her teens when a tumor begins pressing on her brain, ushering in a new world of seizures, memory gaps, and loss of self. Suddenly, the sentence of her normal life has been interrupted by the opening of a parenthesis that may never close.

Based on the real experiences of cartoonist Élodie Durand, Parenthesis is a gripping testament of struggle, fragility, acceptance, and transformation which was deservedly awarded the Revelation Prize of the Angoulême International Comics Festival.
Élodie Durand is an artist and illustrator, for both children and adults, who has been working for over 15 years. She graduated from the School of Decorative Arts of Strasbourg and the University of Paris VIII. After debuting with the international award-winning graphic memoir Parenthesis, she has also drawn the children's series Les grandes années, among other projects.
Winner of the Revelation Prize, Liberation Readers’ Prize, and Poland Prize from the Angoulême International Comics Festival!
Named one of FNAC’s Top 10 Graphic Novels About Illness!
Named one of JAMA's Top 2 Best Graphic Novels of 2021!
Named one of the Best Comics and Graphic Novels of 2021 in The Guardian!
2021 Best Graphic Novels for Adults - American Library Association

"There are so many good graphic memoirs about illness... But Élodie Durand’s Parenthesis really is extraordinary: a book I began to think of as a classic even before I’d finished it... its publication in English could hardly have come at a better, more resonant moment." — The Guardian

"An important reminder of the disruptive force of illness and the need to understand its enduring impact... Durand’s work illustrates the experience of illness in ways both personal and universal." — Journal of the American Medical Association (Best of 2021)

“This book bears the mark of a great cartoonist... Parenthesis is a subtly constructed memoir that works from start to finish. We are left haunted by this debut.” — L’Express

“With a sober and expressive line, Durand has drawn a book submerged with emotion... overwhelming, but with accuracy and sensitivity.” — BoDoï

“The poignant testimony of a young woman struck down by a brain tumor... By retracing her fall into the abyss, she allows us to benefit from this beautiful fight for life.” — ActuaBD

“Durand tries to reconnect the threads of her memory... the resulting testimony is touching in all its simplicity... the inclusion of sketches made during Durand’s convalescence adds even more strength and emotion to her black and white artistry.” — BD Gest