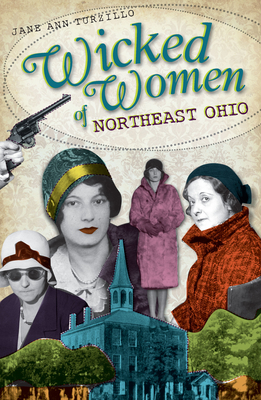 In Wicked Women of Northeast Ohio, author Jane Ann Turzillo recounts the misdeeds of ten dark-hearted women who refused to play by the rules.

They unleashed their most base impulses using axes, guns, poison and more. You'll meet Perry's Velma West, a mere slip of a girl who was unfortunately too near a hammer during an argument. New Philadelphia's Ellen Athey, no lady herself, had a similar problem with an axe. Ardell Quinn, who operated the longest-running brothel in Cleveland, would simply argue that she was a good businesswoman. Grim? Often. Entertaining? Deliciously so.