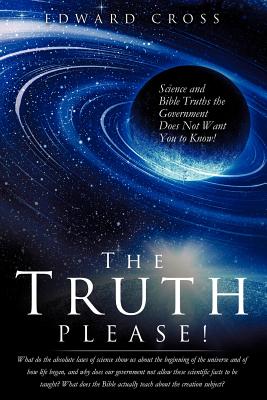 
Usually Ships in 1-5 Days
The things I've written about in this book reflect my approach to life, that approach is "common sense." The scientific laws I"ve written about are proven facts of science that can be found elaborated on in numerous sources and the Bible verses are I've quoted are right out of the King James Version Bible. Whether looking at science, the Bible or how to build a house, I want to know what makes sense. Certainly all answers to life are not simple, but there is no reason to accept complicated nonsense for an answer if by common sense the question can be reasoned and answered. I was nominated for an appointment to West Point during my junior year in high school but because of some heart changing decisions I made just before and during my senior year, I chose to go to Bible college instead. I have served the Lord as a laymen in the church all of my adult life and worked in the secular world, mostly in the construction industry as a contractor. I have had a passion about the creation vs. evolution subject since my teens and have read and studied everything I've gotten in my possession, whether pro creation or pro evolution. I have listened diligently when the subject was being taught and have watched numerous evolution programs on educational and documentary television programs. Everything I read, heard or saw on the subject, caused me to do deeper studies. When all is said and done and all hoaxes, errors, contradictions, and impossibilities are eliminated, what is still left standing and makes common sense, is creation I hope this book will give some Christians the ammunition to withstand Atheistic confrontations and that it may also win some nonbelievers over to understand that there really is a Creator God.