Behind NPFL and RUF Rebel Lines: The Untold Story (Paperback) 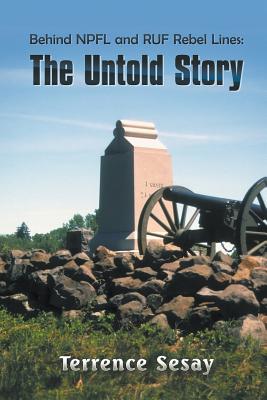 Behind NPFL and RUF Rebel Lines: The Untold Story (Paperback)


Usually Ships in 1-5 Days
The novel Behind NPFL and RUF Rebel Lines is a chronicle of my personal experiences during my odyssey in search of security during the wars in Liberia and Sierra Leone from 1990 to July 1992. My main characters are former rebel leaders Charles Taylor of the National Patriotic Front of Liberia (NFPL), and Foday Sankoh of the Sierra Leonean rebel group Revolutionary United Front (RUF). Some of these experiences were so traumatic that I felt obliged to pen them for the world. I also contribute to the debate about the war in Sierra Leone, which has become an issue for international jurisdiction. This book provides an historical account of the Liberian conflict and an eyewitness account of the initial stage of the RUF rebel war. I also provide background for the ascendancy to power of Africa's first elected female president, Ellen Johnson Sirleaf, and her reign from 2006 to 2013. Terrence Sesay is a well-known news agency trained journalist in Liberia. He served as correspondent for the French News Agency (AFP), German News Agency (DPA), Agence Presse Africain (APA), Radio France International, and sit-in stringer for the BBC. He was an editor of independent Star Radio when it was established in 1997. Starting his journalism career at Liberia News Agency in 1981, he rose through the ranks to deputy director-general for administration in 1993. He is a former president of the media advocacy group, Press Union of Liberia. The author holds a bachelor of arts in humanities and a one-year post-graduate diploma in education from Fourah Bay College, University of Sierra Leone. He is currently pursuing a master of arts in international relations at University of Liberia. Publisher's website: http: //sbpra.com/TerrenceSesay.