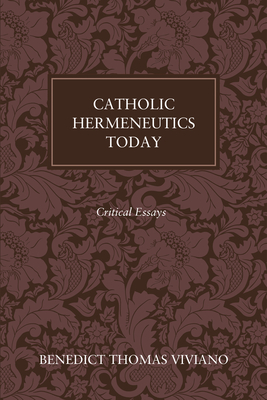 
Usually Ships in 1-5 Days
Biblical hermeneutics, the art of interpreting Scripture, is a controversial subject in the best of times. Lately the debates have been quite intense in the Roman Catholic Church. The debates deal with issues such as the role of the historical-critical method in relation to devotional use and practice, the dangers of relativism, the right relation between tradition and Scripture, the presence of women even in texts where their presence is not immediately obvious (the possibility of women magi), and the trend of theological aesthetics. Can there still be prophets? The Bible and world religions; the Bible and a theology of history; the Bible and the administration of justice; trends in biblical studies in the United States, France, and Germany--before, during, and after the world wars--are other topics treated here. TOC Benedict Thomas Viviano, OP, is emeritus professor of New Testament at the University of Fribourg in Switzerland. He previously taught in St. Louis and Jerusalem. He is the author of Study as Worship (1978), The Kingdom of God in History (1988), Trinity--Kingdom--Church (2001), and Matthew and His World (2007).