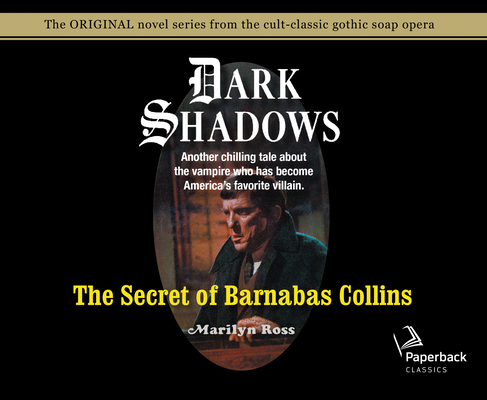 This is book number 7 in the Dark Shadows series.

Here is another never-before-told story of the handsome, mysterious 175-year-old vampire.
​
While searching for the woman who will replace his long-lost Josette, and thus end the terrible curse upon him, Barnabas meets lovely Clare Duncan. The story, set in 1870, of their romance—and of the terror it brings to the beautiful young noblewoman—I a tale of gothic suspense which will chill and delight the legions of Barnabas Collins fans.
Marilyn Ross is the pseudonym for William Edward Daniel “W.E.D.” Ross (November 16, 1912 - November 1, 1995) was a Canadian actor, playwright and bestselling writer of more than 300 novels in a variety of genres. He was known for the speed of his writing and was by some estimates the most prolific Canadian author ever, though he did not take up fiction until middle age.