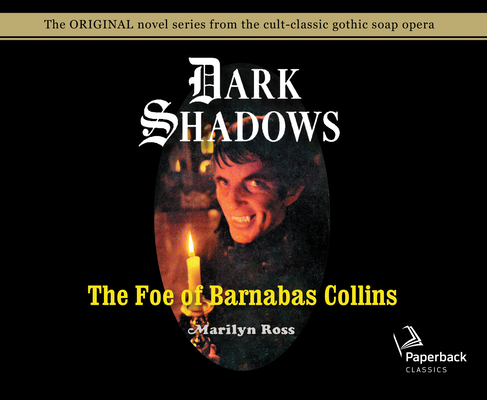 This is book number 9 in the Dark Shadows series.

Barnabas befriends lovely Paula Jennings right after her marriage to strange, mysterious Christopher Jennings. He feels protective towards the lovely heiress because he suspects Christopher is the werewolf who has been ravaging the countryside. When Christopher is joined by Melissa Henry (the reincarnation of the evil Angelique), Barnabas is certain Paula is in terrible danger.

Barnabas knows he can defeat the evil werewolf. But will his powers be stronger than those of the beautiful and deadly Angelique?
Marilyn Ross is the pseudonym for William Edward Daniel “W.E.D.” Ross (November 16, 1912 - November 1, 1995) was a Canadian actor, playwright and bestselling writer of more than 300 novels in a variety of genres. He was known for the speed of his writing and was by some estimates the most prolific Canadian author ever, though he did not take up fiction until middle age.