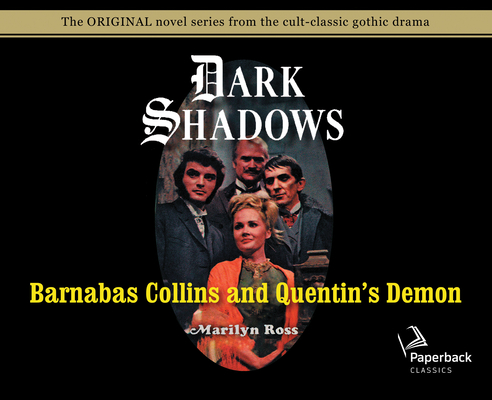 This is book number 14 in the Dark Shadows series.

When Quentin Collins invited Lara Balfour to Collinwood, they knew each other only from the correspondence that had grown out of Quentin’s admiration for the haunting waltz her father had composed.

Soon Quentin professes to love Lara—but is his love really a threat? His first wife’s throat was torn out by a wolflike creature who escaped capture. Since then, other young women have died in the same grisly fashion… in the full of the moon, when Quentin’s mysterious “attacks” occur.

Lara faces the terrifying possibility that her brooding, sensitive host is a werewolf. She won’t leave Collinwood, for that would mean leaving Barnabas, whom she has come to love. But will Barnabas be able to save her, if she stays?
Marilyn Ross is the pseudonym for William Edward Daniel “W.E.D.” Ross (November 16, 1912 - November 1, 1995) was a Canadian actor, playwright and bestselling writer of more than 300 novels in a variety of genres. He was known for the speed of his writing and was by some estimates the most prolific Canadian author ever, though he did not take up fiction until middle age.