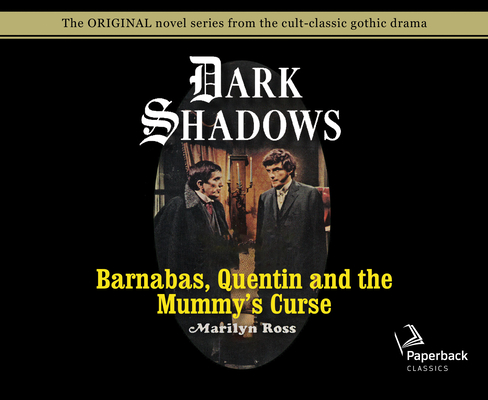 This is book number 16 in the Dark Shadows series.

When Professor Anthony Collins decides to catalog his Egyptian relics at Collinwood, he brings with him the mummy of King Rehotip, who “died” over two thousand years ago. Only the professor knows that Rehotip is really in a state of suspended animation.

One night, the professor brings the mummy to life. Suddenly a young girl is killed. The police suspect Quentin Collins. Maggie Evans, certain the killer is the mummy, wants to warn the police. Professor Collins threatens to accuse Barnabas if she does. Frightened into silence, Maggie lives in terror, wondering if she will be the next victim.
Marilyn Ross is the pseudonym for William Edward Daniel “W.E.D.” Ross (November 16, 1912 - November 1, 1995) was a Canadian actor, playwright and bestselling writer of more than 300 novels in a variety of genres. He was known for the speed of his writing and was by some estimates the most prolific Canadian author ever, though he did not take up fiction until middle age.