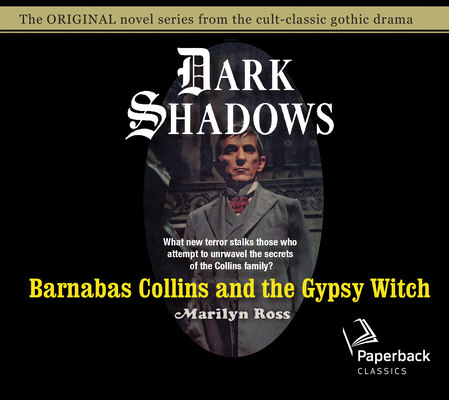 This is book number 15 in the Dark Shadows series.

Warned by a gypsy witch that violent death will surround her, Roxanna Collins turns to her distant cousin, Barnabas, for help.

But Barnabas is also in trouble. For when Roxanna’s father and brother are murdered, suspicion centers on Barnabas. Even Roxanna, who feels she is under some strange spell, soon begins to doubt the man she has come to love.

To save his life, Barnabas must prove to the police—and to Roxanna—that he is innocent. And he must find the key to the madness and mystery surrounding Collinwood before Roxanna becomes the next victim in a nightmare of evil.
Marilyn Ross is the pseudonym for William Edward Daniel “W.E.D.” Ross (November 16, 1912 - November 1, 1995) was a Canadian actor, playwright and bestselling writer of more than 300 novels in a variety of genres. He was known for the speed of his writing and was by some estimates the most prolific Canadian author ever, though he did not take up fiction until middle age.