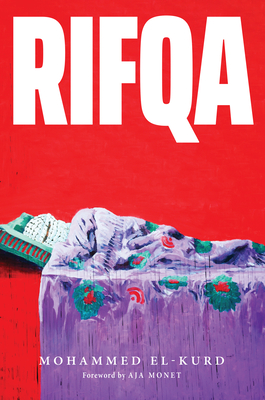 
Usually Ships in 1-5 Days
Each day after school, Mohammed El-Kurd's grandmother welcomed him at the door of his home with a bouquet of jasmine. Her name was Rifqa--she was older than Israel itself and an icon of Palestinian resilience. With razor-sharp wit and glistening moral clarity, El-Kurd lays bare the brutality of Israeli settler colonialism. His poems trace Rifqa's exile from Haifa to his family's current dispossession in Sheikh Jarrah, Jerusalem, exposing the cyclical and relentless horror of the Nakba. El-Kurd's debut collection definitively shows that the Palestinian struggle is a revolution, until victory.
Mohammed El-Kurd is an internationally-touring poet and writer from Jerusalem, Palestine. His work has been featured in The Guardian, The Nation, This Week In Palestine, Al-Jazeera English, and the forthcoming Vacuuming Away Fire anthology, among others. Mohammed graduated from the Savannah College of Art and Design with a B.F.A. in Writing, where he created Radical Blankets, an award-winning multimedia poetry magazine. He is currently pursuing an M.F.A. in Poetry from Brooklyn College. His poetry-oud album, Bellydancing On Wounds, was released in collaboration with Palestinian musical artist Clarissa Bitar. Apart from poetry and writing, el-Kurd is a visual artist, printmaker, and most recently, co-designer of a fashion collection with Serbian designer Tina Gancev. Mohammed has spent his undergraduate weekends performing poetry at campuses and cultural centers across the United States and hopes to continue in the post-COVID-19 era.