Sculpture in Canada: A History (Hardcover) 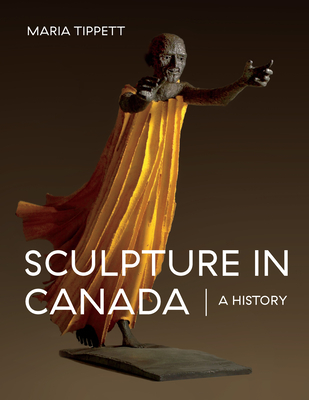 Sculpture in Canada: A History (Hardcover)

Found in public spaces and parks, art galleries and university buildings, along riverbanks as well as in city squares, private gardens and even underwater, Canadian sculpture encompasses a range of materials and styles from traditional bone and bronze to postmodern multimedia installations. As this book demonstrates, artistic intentions among the nation's sculptors, whether political, social, theoretical or aesthetic, are as diverse as Canada itself.

The distinguished cultural historian Maria Tippett begins this richly illustrated study of Canadian sculpture in 13,000 BCE by examining a handcrafted shard found in the Bluefish Caves of the Yukon and proceeds to consider Inuit and First Nations sculptural practices alongside those of Euro-Canadians. Dr. Tippett begins with traditional forms such as totem poles and liturgical carvings before moving along to the landmark EXPO 67 exhibition and other significant events, concluding with the postmodern artists who, with a relentless striving for the new work within new technological realms such as 3D modelling and virtual reality spaces.

Dr. Tippett's survey evinces an avid interest in the logistics of sculpture, exploring the ways in which the medium demands more space, time, money and material to produce and exhibit than disciplines like drawing and painting. The result is that in Canadian sculpture, more than in other artistic practices, complex social, economic and cultural forces have interacted with the pure inspiration of artists in their studios.

Sculpture in Canada is a groundbreaking work that will have a profound impact in introducing readers to the underappreciated wealth of this most public of Canadian arts.