To Have Nothing: God Bless the Child Who's Got His Own (Paperback) 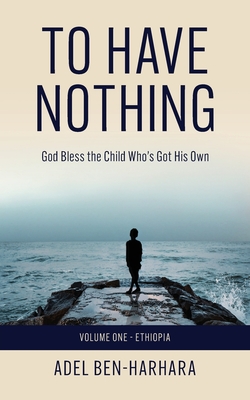 To Have Nothing: God Bless the Child Who's Got His Own (Paperback)

When life is defined and debated through sound bites and social media, who would want to read a story about a boy who traversed multiple cultures, languages, religions, and geographical areas?

To Have Nothing, the first volume of Adel Ben-Harhara's three-volume memoir, delves into the voyage of a boy who was separated from his mother as a toddler and was essentially orphaned at the age of five when his father died. With his mother's inability to provide support, the boy was homeless, often left on the streets between the ages of eight and eleven. How did he survive?

The boy was born in Addis Ababa to a poverty-stricken, fifteen-year-old Ethiopian mother and a wealthy fifty-year-old businessman, who was a retired British soldier from the Middle East.

As a child, the boy received extensive religious teachings in Judaism, Islam, and Christianity. As an adolescent Marxist in Ethiopia, he was imprisoned for taking part in a communist party youth movement and barely avoided the death squad's bullets before moving to his ancestors' land: Yemen.

This is the story of that boy, an inspiring tale of perseverance and survival.