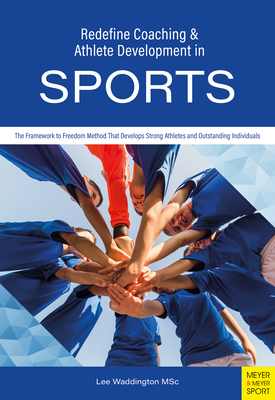 
Usually Ships in 1-5 Days
Lee Waddington is a UEFA "A" licensed and FA Advanced Youth Award qualified coach with a master's degree in Applied Sport & Exercise Psychology.Lee has worked for several Premier League clubs, including Manchester United, Nottingham Forest, Blackburn Rovers, Manchester City, and Burnley, and has been involved in the UK professional academy system for nearly 30 years. He has a verifiable track record of exceptional player development, having assisted many players through his unique athlete development system, Framework to Freedom, to become professional soccer players in the UK and overseas, from the Premier League to the A League.