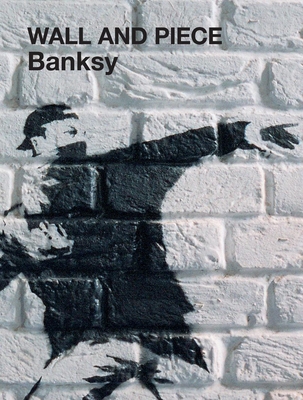 
Usually Ships in 1-5 Days
Banksy, Britain's now-legendary "guerilla" street artist, has painted the walls, streets, and bridges of towns and cities throughout the world. Not only did he smuggle his pieces into four of  New York City's major art museums, he's also "hung" his work at London's Tate Gallery and adorned Israel's West Bank barrier with satirical images. Banksy's identity remains unknown, but his work is unmistakable—with prints selling for as much as $45,000.
Banksy, real name unknown, was born in Bristol.
Listed as the #2 book in the "LJ Bestsellers—Arts" titles