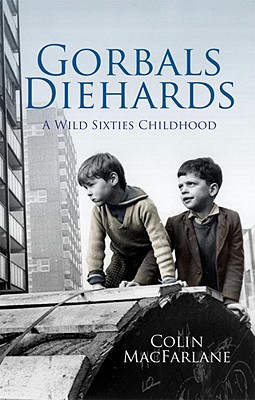 Out of Print
Blyton wrote about the Famous Five—wholesome kids who were always up to some adventure or other—but during the 1960s Glasgow boy Colin MacFarlane had his own gang: the Incredible Gorbals Diehards. These were young boys trying to survive in one of the world's toughest areas, the infamous slums of Glasgow. During the gang's daily adventures, they came across a plethora of undesirable characters, including foul-mouthed drunks, thieves, razor-flicking gang members, con men, fly men, and street brawlers. Through it all, MacFarlane and his band of brothers retained their sense of humor while roaming the filthy, stench-ridden Gorbals backstreets. In the third volume of his acclaimed memoirs, bestselling author Colin MacFarlane reveals what it was like to grow up on the streets of the Gorbals during this period. Be prepared to be shocked and entertained at the adventures of the gang that called themselves the Incredible Gorbals Diehards.
Colin MacFarlane has written for a number of national newspapers, including Scotland on Sunday, the Sunday Times, and the Sun. He is the author of No Mean Glasgow and The Real Gorbals Story.
"Captures both the harsh and hilarious realities of a childhood on the streets."  —Daily Record