Secret Projects of the Luftwaffe: Messerschmitt Me 262 (Paperback) 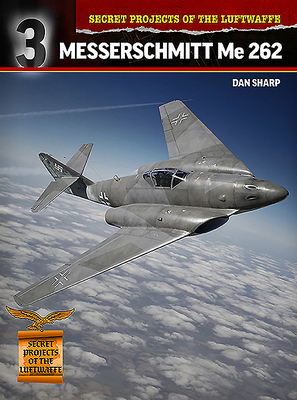 Secret Projects of the Luftwaffe: Messerschmitt Me 262 (Paperback)


Coming Soon - Available for Pre-Order Now
The first jet fighter to enter service and see combat anywhere in the world, the Messerschmitt Me 262 was a deadly technological marvel - yet it was also difficult to produce, dangerously unreliable and extremely vulnerable during takeoff and landing. Despite these flaws, its graceful swept wings, aggressive shark-like profile and undoubted combat abilities made it a legend. The aircraft underwent rapid development during its short front line career and numerous unusual variants were designed and produced. German Secret Projects: Messerschmitt Me 262 Versions examines unusual production models alongside one-offs and drawing board projects. More than 30 designs are detailed, including the Me 262 A-1a/U1-5, Me 262 A-1b, Me 262 A-2a/U1-2, Me 262 B-1a, Me 262 B-1a/U1, Me 262 B-2a, Me 262 C-1a-3a, Me 262 D-1, Me 262 E-1 and E-2, Me 262 HG I-III, Me 262 W, Me 262 Mistel, P 1099A-B, P 1100, Me 262 Interzeptor I-III, Aufkl rer I-II and Schnellbomber I-III.