End of Innocence: The Untold Stories Behind the Victims of Child Killer Robert Black (Paperback) 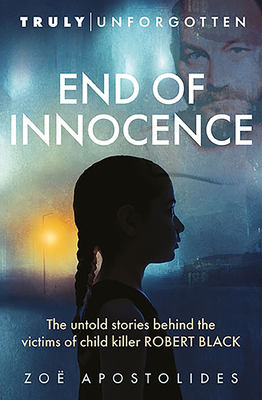 End of Innocence: The Untold Stories Behind the Victims of Child Killer Robert Black (Paperback)


Unavailable
End of Innocence is the first in a non-fiction series ('Truly Unforgotten') exploring UK cold cases. This book focuses on the 1978 disappearance of Genette Tate. The 13-year-old schoolgirl vanished while out delivering newspapers on her bicycle in the Exeter countryside; no trace of her was ever discovered.

With new and rarely seen comments from family, police and inside the courtroom, the story links her case to the earlier abductions of April Fabb (also 13), Christine Markham (9) and Mary Boyle (6). None of these unsolved cases was assumed to be linked until 1990, when a man was apprehended having just kidnapped a six-year-old girl. That man was Robert Black, a notorious murderer about whom relatively little has been written. Black was eventually charged with four murders and sentenced to life, though the true number of his victims was very likely far higher. Police were preparing to charge Black with Genette Tate’s abduction and murder when he died in prison in 2016.
Zoë Apostolides has worked as a journalist for 10 years covering lifestyle, literature, art and education for the Financial Times, The Guardian, The Telegraph and others. She has ghost-written several memoirs and biographies and combines this with editorial work as a literary agent with a particular interest in crime, horror and narrative non-fiction across all genres.