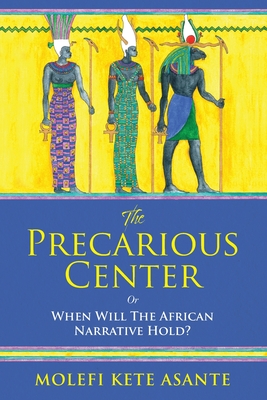 My concern in this book, The Precarious Center, is the degree to which Africans have become enamored through Greek, English, French, German, Spanish, and Portuguese with Westernity to the detriment of African ideas and ideals. Only in the re-centering of the African World in its own narrative subjectivity can true freedom of thought, innovation, and liberation exist as a way to enhance human knowledge. The Pan European Academy with all of its structural capital amassed over the centuries and enshrined in the educational systems of Africans has continued to dominate the theoretical and value base of African inquiries.

The point I make in this preface is that Western notions grounded in the myths and memes of Greek society obliterate all other possibilities and reinforce the idea of European superiority in a multiethnic and multicultural world. In a quest for a broader sense of what the prize-winning africologist Ibram Kendi calls the true intellectual project I want to see a total respect for all cultures. Therefore, in this book I assert the idea that to strengthen global communication equality and free the spirit of humanity we must challenge the assertive memes of the West to allow spaces for a multiplicity of cultural postures.

In a practical sense this means that I want to urge the reader to examine how the memes of Greek and Roman realities are related to those of other classical civilizations in an effort to minimize the aggressive anti-human behavior of those who do not understand the totality of human experience. I am suggesting that it is necessary to be conscious of Zeus while simultaneously discovering in this Greek symbol the psycho-myths that haunt our present time. Of course, I do not project either Ra or Odudua as superior to Zeus, only that they have a seat at the table.

Since linguistic environments are constructed by humans with whatever baggage they bring or whatever they can find in the natural environment, I believe that we can reconstruct or add to environments as needed to expand our understanding. One of the courses I teach at the University is Middle Egyptian and after teaching for so many years I am rarely surprise now to find that many students approach the subject with awe because they have never understood where classical Africa fit in the equation of life. They have some inclinations about Mayans, Chinese, Indians but little knowledge of the African word, either in its ancient of contemporary context.

While it is not precisely the intention of this book to explore all of the ways that the Greek myths have affected us I do think that this is a proper course for those interested in understanding the socially constructed universe. Living in the West or in Africa we often see that city names, street names, the week-days, planets, stars, and even corporations are characteristically Western in orientation and that they are grounded in the names created by Europeans to capture their built environment.