Fire in His Fingertips: A Flirty Fireman Ravishes Me with His Smoldering Gaze Vol. 1 (Paperback) 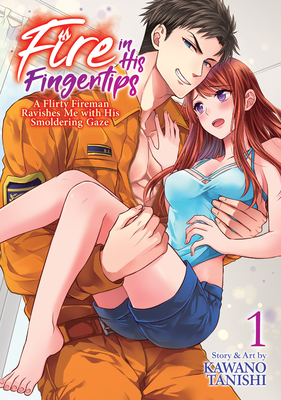 Fire in His Fingertips: A Flirty Fireman Ravishes Me with His Smoldering Gaze Vol. 1 (Paperback)

This is book number 1 in the Fire in His Fingertips: A Flirty Fireman Ravishes Me with His Smoldering Gaze series.

Fujihashi Ryo enjoys her job as an office worker well enough, but it doesn't hold a candle to the exciting job of her childhood friend Mizuno Souma, who works as a fireman. He and his handsome buddies are more than happy to entertain ladies with their heroic tales. Ryo wants to set up Souma with a girl in her office, but he's too much of a playboy to settle down...or so she thinks. It turns out that he has the hots for her, and when he rescues her from a fire in her building, a different kind of spark begins to fly! In this sexy romance for Mature Readers, one fiery couple really turns up the heat.
Kawano Tanishi is a Japanese manga creator best known for Fire in His Fingertips: A Flirty Fireman Ravishes Me with His Smoldering Gaze.