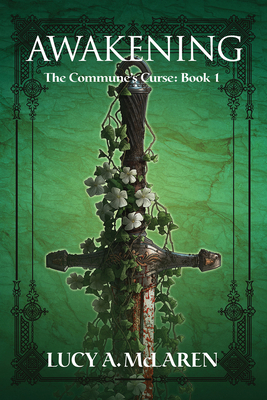 By Lucy A. McLaren


Usually Ships in 1-5 Days
The Kingdom of Septima is ruled in all but name by the Commune, a ruthless cult that seeks control of an ancient power that has taken root in unsuspecting children in Septima. To maintain their hold on the kingdom, the Commune will stop at nothing to capture children who show signs of this power, to be weaponised or eliminated.

18-year-old Evelyn Folksman is in hiding. Taken in by a tavern-owner, she is haunted by the horrific events that drove her from her home years before. Evelyn is forced to face her past when two wayward children, Raif and Rose Huntsman, arrive at the tavern, pursued by Commune soldiers. The children fall under Evelyn’s reluctant care as the trio narrowly escape a raid.


Relentlessly hunted by Commander Jonah Sulemon and Commune agent Lord Eirik Torrant, Evelyn and Raif cannot fathom why they pose such a threat to the Commune, until six-year-old Rose unwittingly reveals a terrible secret: she possesses powers more fearsome than any the Commune has unearthed in decades. There are only two options: to be captured and imprisoned, or to run for the rest of their lives.
A lifelong lover of the genre, Lucy A. McLaren began writing her debut fantasy novel while studying to be a counsellor at university. It is because of this that her work is underpinned by an exploration of mental health issues within the flawed characters through whose eyes the story is told. When not writing, Lucy enjoys playing adventure or role-playing video games, watching real-life crime documentaries, the latest must-see series or superhero films, and walking her family dogs under the perpetually cloudy English sky.
“I was struck by McLaren's exquisite prose [and] the fast pace of her story…[A Child’s Awakening] completely captivated me from the start: move this book to the top of your TBR pile, it's an absolute stunner!” —Cindy van Wilder, author of The Trespassers series