Searching for Savanna: The Murder of One Native American Woman and the Violence Against the Many (Hardcover) 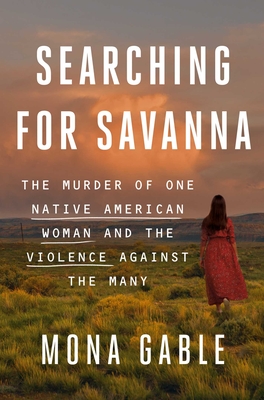 Searching for Savanna: The Murder of One Native American Woman and the Violence Against the Many (Hardcover)


Coming Soon - Available for Pre-Order Now
In the vein of Yellow Bird and Highway of Tears, a gripping and illuminating investigation into the disappearance of Savanna LaFontaine-Greywind when she was eight months pregnant, highlighting the shocking epidemic of violence against Native American women in America and the societal ramifications of government inaction.

In the summer of 2017, twenty-two-year-old Savanna LaFontaine-Greywind vanished. A week after she disappeared, police arrested the white couple who lived upstairs from Savanna and emerged from their apartment carrying an infant girl. The baby was Savanna’s, but her body would not be found for days.

This horrifying and unimaginable crime sent shockwaves through the country and helped bring to light the overwhelming sexual and physical violence Native American women and girls have endured since the country’s colonization.

With pathos and compassion, Searching for Savanna confronts the history and attitudes towards Indigenous women and investigates why our government has turned its back on countless victims. Featuring in-depth interviews, personal accounts, and trial analysis, Searching for Savanna illustrates that injustice and the decades-long struggle by Native American advocates to effect change.
Mona Gable is a freelance writer based in Los Angeles. Her work has appeared in The Atlantic, Outside, AFAR, the Los Angeles Times, and many others. Her article in Los Angeles magazine, “The Hugo Problem,” was named a Longreads Best of 2015. Find out more at Mona-Gable.com.