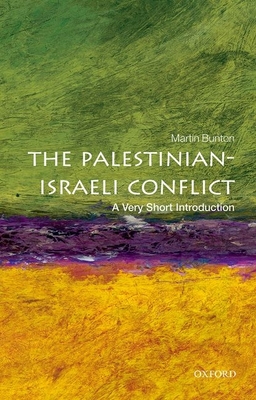 
Usually Ships in 1-5 Days
The conflict between Palestine and Israel is one of the most highly publicized and bitter struggles of modern times, a dangerous tinderbox always poised to set the Middle East aflame--and to draw the United States into the fire. In this accessible and stimulating Very Short Introduction, Martin Bunton illuminates the history of the problem, reducing it to its very essence. Adopting a fresh and original approach, Bunton explores the Palestinian-Israeli dispute in twenty-year segments, to highlight the historical complexity of the conflict throughout successive decades. Each chapter starts with an examination of the relationships among people and events that marked particular years as historical stepping stones in the evolution of the conflict, including the 1897 Basle Congress, the 1917 Balfour Declaration and British occupation of Palestine, and the 1947 UN Partition Plan and the war for Palestine. Providing a clear and fair exploration of the main issues, Bunton explores not only the historical basis of the conflict, but also looks at how and why partition has been so difficult and how efforts to restore peace continue today. About the Series: Oxford's Very Short Introductions series offers concise and original introductions to a wide range of subjects--from Islam to Sociology, Politics to Classics, Literary Theory to History, and Archaeology to the Bible. Not simply a textbook of definitions, each volume in this series provides trenchant and provocative--yet always balanced and complete--discussions of the central issues in a given discipline or field. Every Very Short Introduction gives a readable evolution of the subject in question, demonstrating how the subject has developed and how it has influenced society. Eventually, the series will encompass every major academic discipline, offering all students an accessible and abundant reference library. Whatever the area of study that one deems important or appealing, whatever the topic that fascinates the general reader, the Very Short Introductions series has a handy and affordable guide that will likely prove indispensable.

Martin Bunton is Assistant Professor at the University of Victoria, Canada, where he teaches modern Middle Eastern history and the history of the region in its global context. He is the author of several books, including A History of the Modern Middle East, 4th Edition.