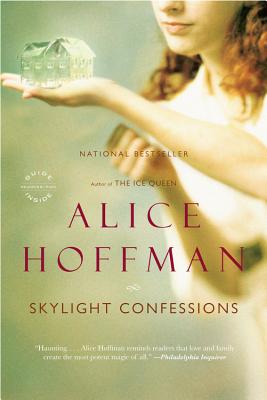 
Usually Ships in 1-5 Days
Writing at the height of her powers, Alice Hoffman conjures three generations of a family haunted by love.

Cool, practical, and deliberate, John is dreamy Arlyn's polar opposite. Yet the two are drawn powerfully together even when it is clear they are bound to bring each other grief. Their difficult marriage leads them and their children to a house made of glass in the Connecticutcountryside, to the avenues ofManhattan, and to the blue waters of Long Island Sound. Glass breaks, love hurts, and families make their own rules. Ultimately, it falls to their grandson, Will, to solve the emotional puzzle of his family and of his own identity.
Alice Hoffman is the New York Times bestselling author of more than 15 acclaimed novels beloved by teens and adults, from The Foretelling, Green Angel, and Aquamarine to The Ice Queen, Here on Earth (an Oprah Book Club selection), and Practical Magic, which was made into a major motion picture starring Nicole Kidman and Sandra Bullock.
"Hoffman's shimmering, multigenerational melodrama bewitches with supernatural imagery while imaginatively dramatizing all-too-common heartaches."
—Donna Seaman, Booklist

"Alice Hoffman has written her most spellbinding, accomplished novel yet. . . . Although this is Hoffman's nineteenth book, it feels utterly fresh. Her voice -- touched by the cadences of fairy tales -- buoys us through the novel's saddest currents."
—Andrea Chapin, More

"Alice Hoffman remains a literary sorceress par excellence. . . . In a novel that unfolds like a dream, Hoffman reminds readers that love and family create the most potent magic of all."
—Martha Woodall, Philadelphia Inquirer

"Haunting. . . . This isn't just Hoffman's best recent novel; it's one of the best of a distinguished list. . . . Long after the last page is turned, the characters and their stories are impossible to forget."
—Gail Pennington, St. Louis Post-Dispatch

"Hoffman is one of our great storytellers and one who knows the American family in all its many facets. In Skylight Confessions, she has once again written a story and characters that are truly unforgettable. A novel to be savored."—Victoria A. Brownworth, Baltimore Sun

"Hoffman's brand of magical realism squeezes caring out of hard-to-reach places and ends up being a celebration of love."
—Good Housekeeping