Babylonian Star-Lore. an Illustrated Guide to the Star-Lore and Constellations of Ancient Babylonia (Paperback) 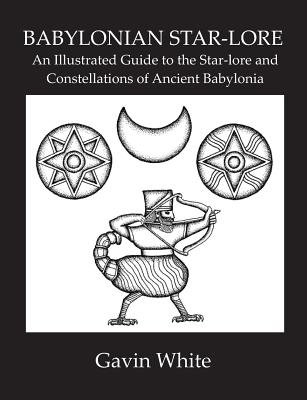 Babylonian Star-Lore. an Illustrated Guide to the Star-Lore and Constellations of Ancient Babylonia (Paperback)


Usually Ships in 1-5 Days
Today our most obvious link to the ancient cultures of Babylonia is through the twelve constellations that make up the zodiac. The zodiac is, however, but a part of a much larger system of star-lore that could reveal so much about ancient man and his beliefs. Knowledge of this lore could provide many profound insights into how early civilisations viewed the gods, the nature of the universe and the destiny of mankind. This book is the first of its kind, specifically written for the layman, to explore the constellations and star-lore of ancient Babylonia. It presents the idea that the constellation figures as a whole amount to a 'pictorial calendar' that integrates various seasonal festivals - concerned with the mythic life-cycle of the sun, the farming and herding year, the institution of kingship and various rites directed towards the dead - into an elegant system that ultimately represents an archaic image of time itself. The introductory sections provide all the essential background information on how ancient Near Eastern cultures viewed the heavens. It starts with a survey of the writing system and then moves on to consider the nature of ominous signs and celestial divination. The final sections introduce the reader to the archaic view of the cosmos and an overview of the whole star-map. The main body of the book is composed of an A-Z Gazetteer, which explores the names, appearances and associated lore of each star and constellation in greater detail. A set of appendices furnishes additional information on the planetary and geographic associations of the stars, the calendar and the seasonal cycle of Mesopotamia. Beyond the familiar figures of the zodiac, the Babylonian constellations have laid in almost total obscurity for the last two thousand years. Here for the first time the complete star-map is reconstructed and many of its secrets revealed, so that now the whole system of celestial symbolism can be restored to something approaching its former glory.