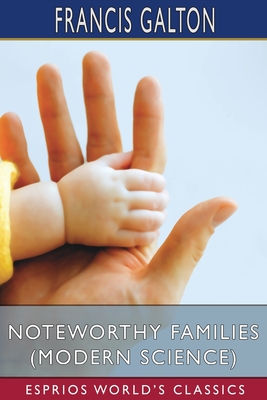 
Usually Ships in 1-5 Days
Sir Francis Galton, FRS (16 February 1822 - 17 January 1911), was an English Victorian era polymath: a statistician, sociologist, psychologist, anthropologist, eugenicist, tropical explorer, geographer, inventor, meteorologist, proto-geneticist, and psychometrician. He was knighted in 1909. Galton produced over 340 papers and books. He also created the statistical concept of correlation and widely promoted regression toward the mean. He was the first to apply statistical methods to the study of human differences and inheritance of intelligence, and introduced the use of questionnaires and surveys for collecting data on human communities, which he needed for genealogical and biographical works and for his anthropometric studies. He was a pioneer of eugenics, coining the term itself in 1883, and also coined the phrase "nature versus nurture".