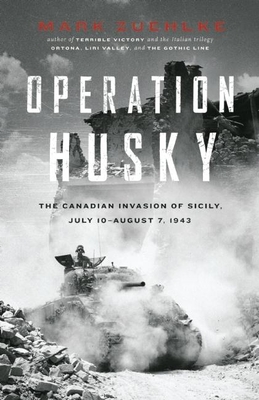 
Unavailable
On July 10, 1943, two great Allied armadas of over 2,000 ships readied to invade Sicily. This was Operation Husky, the first step toward winning a toehold in fascist-occupied Europe. Among the invaders were 20,000 Canadian troops serving in the First Canadian Infantry Division and First Canadian Tank Brigade -- in their first combat experience. Over the next 28 days, the Allied troops carved a path through the rugged land, despite fierce German opposition. Drawing on firsthand accounts of veterans and official military records, Operation Husky offers a gripping, meticulous account of this seminal operation and the young men who fought, died, and survived it.