Math Tricks: The Surprising Wonders of Shapes and Numbers (Hardcover) 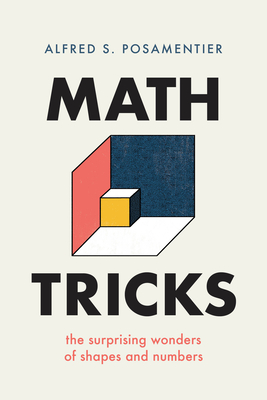 Math Tricks: The Surprising Wonders of Shapes and Numbers (Hardcover)

It is no secret that most people avoid mathematics, in large measure because elementary school teachers have never done much to motivate a love of the subject matter. In his latest book, mathematician Alfred S. Posamentier provides easily understandable, easily presentable and easily replicated tricks that one can do with mathematics. All that is required is the ability to do arithmetic, understand the very basics of algebra and geometry and have an open mind for probability. From geometrical puzzles to numerical quirks, Math Tricks will give readers that "aha " moment they may never have received at school.
Alfred S. Posamentier has published over sixty books in the area of mathematics and mathematics education, including, The Joy of Geometry, Math Makers: The Lives and Works of 50 Famous Mathematicians; The Mathematics of Everyday Life (with Christian Spreitzer); The Joy of Mathematics (with Robert Geretschl&aaumlger, Charles Li, and Christian Spreitzer); and The Circle: A Mathematical Exploration beyond the Line (with Robert Geretschl&aaumlger). After having been on the faculty of the City College of the City University of New York for forty years, where he was a professor of mathematics education and dean of the School of Education, he subsequently held the same positions at Mercy College, New York, for five years. He was also executive director for internationalization and sponsored programs at Long Island University, New York. He is currently a Distinguished Lecturer at the New York City College of Technology of the City University of New York.