The Swing: A Muse's Memoir about Keeping the Artist Alive (Paperback) 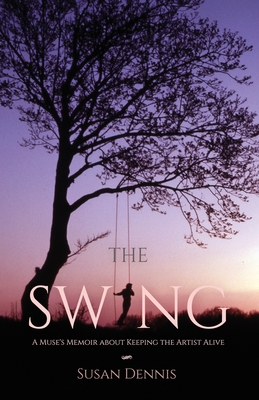 The Swing: A Muse's Memoir about Keeping the Artist Alive (Paperback)

After one heck of a first date with an ill artist, Susan was all in for a wild race against the clock.

She knew what she was getting into...sort of. Charlie was frailer than she realized and only twenty-seven. But it was clear from day one that he was in search of his own brand of perfection. She'd watch his work magically evolve while his body slipped away. She'd summon unfettered wiliness, hope, and forgiveness, while still managing to find raw, wicked humor in almost every dark corner. Decades later, over a million images were shot in the field, thousands were carefully cataloged, and hundreds were printed by the artist before he died. Art won. Love won. Illness lost.

The Swing by Susan Dennis opens in the dangerous days of Detroit's 1980s gang wars, and spans the twenty-four-year marriage of a muse and a photographer - a man with an inexplicable illness, and an equally inexplicable lifelong passion for mastering the union of nature with a lens.