The Penguin Book of the Modern American Short Story (Hardcover) 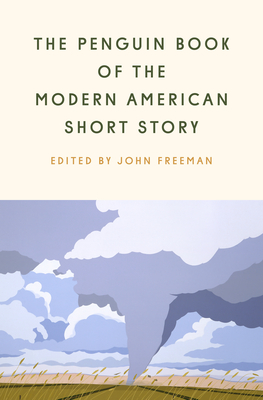 The Penguin Book of the Modern American Short Story (Hardcover)


Usually Ships in 1-5 Days
A selection of the best and most representative contemporary American short fiction from 1970 to 2020, including such authors as Ursula K. LeGuin, Toni Cade Bambara, Jhumpa Lahiri, Sandra Cisneros, and Ted Chiang, hand-selected by celebrated editor and anthologist John Freeman

In the past fifty years, the American short story has changed dramatically. New voices, forms, and mixtures of styles have brought this unique genre a thrilling burst of energy. The Penguin Book of the Modern American Short Story celebrates this avalanche of talent.

This rich anthology begins in 1970 and brings together a half century of powerful American short stories from all genres, including—for the first time in a collection of this scale—science fiction, horror, and fantasy, placing writers such as Ursula K. Le Guin, Ken Liu, and Stephen King next to some beloved greats of the literary form: Raymond Carver, Grace Paley, Chimamanda Ngozi Adichie, and Denis Johnson. Culling widely, John Freeman, the former editor of Granta and now editor of his own literary annual, brings forward some astonishing work to be regarded in a new light. Often overlooked tales by Dorothy Allison, Percival Everett, and Charles Johnson will recast the shape and texture of today’s enlarging atmosphere of literary dialogue. Stories by Lauren Groff and Ted Chiang raise the specter of engagement in ecocidal times. Short tales by Tobias Wolff, George Saunders, and Lydia Davis rub shoulders with near novellas by Susan Sontag and Andrew Holleran. This book will be a treasure trove for readers, writers, and teachers alike.
John Freeman is the editor of Freeman's, a literary annual of new writing, and executive editor at Alfred A. Knopf. His books include How to Read a Novelist and Dictionary of the Undoing, as well as Tales of Two Americas, an anthology about income inequality in America, and Tales of Two Planets, an anthology of new writing about inequality and the climate crisis globally. He is also the author of two poetry collections, Maps and The Park. His work is translated into more than twenty languages, and has appeared in The New Yorker, The Paris Review, and The New York Times. The former editor of Granta, he teaches writing at New York University.
“Freeman’s excellent introduction to this new anthology of modern short stories will be useful to readers who are unfamiliar with the format; for students of the short story, it’s a refreshing overview . . . a short story for any mood. . . . This anthology sets itself apart by providing an inclusive starting point for readers interested in discovering the power of the short story; it is golden for those who already recognize that power.” —Library Journal (starred)

“A well-selected anthology of short fiction, ranging from long to flash, representing the last half-century . . . A fresh gathering that highlights the work of mostly well-known story writers through their lesser-known works.” —Kirkus